The 2nd IMGA MENA is now accepting entries, in partnership with Zain and Maysalward. Studios and publishers, mobile and VR game developers based in Middle East North Africa are invited to submit their games. 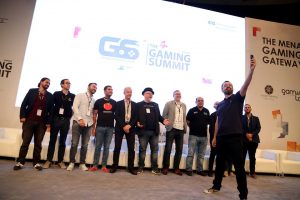 Nominees will be selected by a high quality jury after reviewing all the submitted games. Awarded games will automatically have a chance to win another prize during the 14th IMGA Global edition in San Francisco. Submitted games must have been released after May 2016, or have not yet been published to be admitted in the competition.


You can find here the rules of the competition.


The first edition of IMGA MENA revealed amazing games like Liyla and the Shadows of War or Qutopia Last year, 100 games were submitted, and 8 winners were selected among 43 nominees.